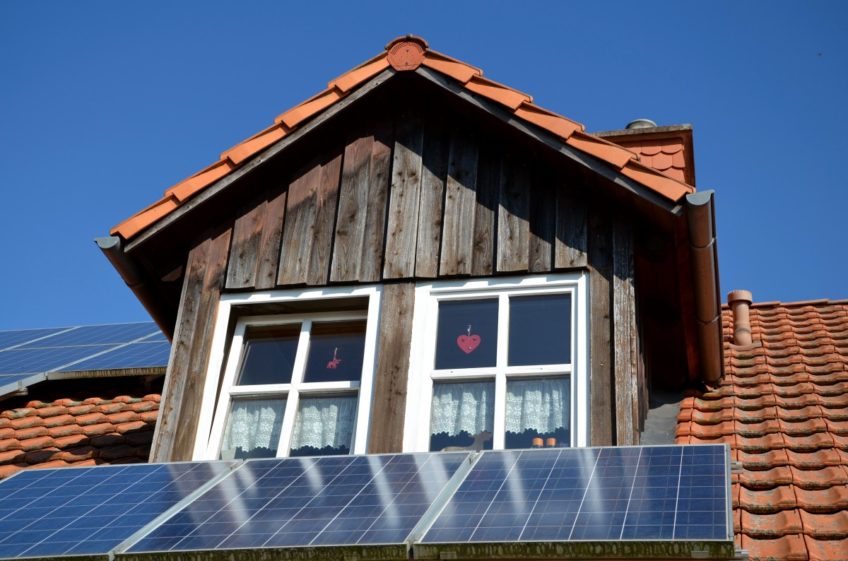 If you are an environmentally friendly person, you know the importance of acting locally. Nowhere is it more local than in your house. By preserving energy, you show that you care for the environment and the global fight for our planet has your home as the battleground.

On the other hand, there are people who couldn’t care less for the environment. But they too can benefit from an eco-friendly home. So as not to beat around the bush, it all comes down to money. A home that preserves energy will have significantly lower utility bills at the end of each month. If we have caught your attention, be sure to give a quick read to the most common methods you can use to preserve energy.

If you have decided upon an eco-friendly home, one thing you have to have is patience. Each investment you make will almost exclusively pay off in the long-run and nowhere is that more evident than in the case of light bulbs. Traditional incandescent light bulbs might cost significantly less on the shelves. But they are energy inefficient. All the energy they consume is wasted on heating. In fact, only 5% of energy is spent on the actual light, while 95% of energy goes on heating its interior. That is why they become red hot and are hard to handle. In addition, they do not last very long, so you have to replace them frequently. Raising their total value over the course of several years.

A much more cost-effective solution are halogen or led lights. They cost several times more, but the amount of energy they save will actually save you money through the electricity bill in the long-run. Also, they emit cold light which means that you cannot get a burn handling them. As well as lasting significantly longer than standard light bulbs.

In a nutshell, the main task of an eco-friendly house is to stop energy from escaping. This can happen through the walls, the basement, or the roof. But you have already some form of insulation for all of these surfaces. However, many homeowners and builders alike, often disregard glassy areas a potential weak spots. Since the windows and glass doors are rather thin, sunlight can easily penetrate them and alter the inside temperature.

That is why it is important to have some sort of protection on these surfaces. The most obvious and cost-effective solution is placing a thin layer of film on the glass. If somebody decides to put in window tinting in Brisbane, Sydney, Adelaide or any other city. Then they would need to include UV protection and glare reduction. Since the window panes are exposed to sunlight for long hours. In other words, don’t buy cheap, as this foil can damage your windows and in the end do more damage than good. Other than reducing energy bills, window tinting will provide you with extra privacy. Which you already know if you have such a foil on your shower cabin.

How many times did you feel that your home was either too hot or too cold in comparison to the outside temperature? We believe that this happens quite often, as inside temperatures can be poorly regulated. An eco-friendly home implies maintaining a pleasant, constant air temperature. Think of your house as a microclimate that is tailored for the needs of your family. You know best how you feel, but installing a programmable thermostat can be helpful during those periods when you are not in control.

If you go away for the weekend, the house will consume significantly less energy. Which the thermostat can be programmed for. Also, during night-time, lower temperatures are desirable as there is no need to keep the heating cranked-up. These thermostats are a fairly significant investment. But they can turn around the money invested in them after one year. They come with numerous programmes to adjust to your daily habits.

A bold idea: fans for cooling

We have already discussed the heating and AC system. Instead of trying to reduce their usage, why not completely do away with them during the summer months? A novel idea would be to ditch the AC system altogether and switch to fan-powered cooling. Large stationery fans for home use are advertised everywhere today. So, you can buy one at a discount price. They can be coupled with several smaller desktop ones so your entire house will be cooled down. For the dining room or the kitchen. The best option is a ceiling fan that will distribute the air evenly throughout the room. In addition, it will take away the smell of cooking, so you won’t need an exhaust hood anymore.

A true eco-friendly home is all about the mindset of the homeowner. If you are future-oriented, then you will have no trouble cashing out the energy-saving light bulbs, a thermostat, and the window tinting because you realise that these features are not expenditure. Quite the opposite, they are an investment for the future.