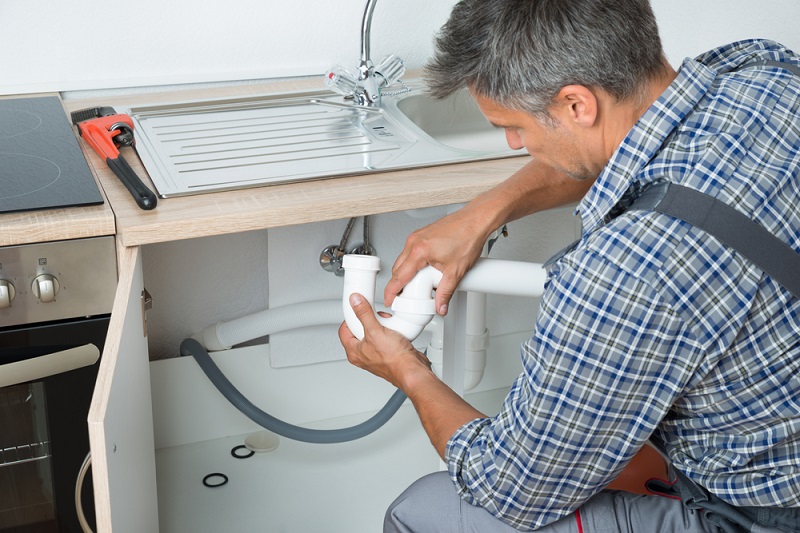 Check for water pressure problems by opening a tap on high flow. If the pressure is weak, it could indicate anything from a blocked tap to a blocked pipe or leak. When the water is at high flow, turn the tap off fast. The ‘bang’ you hear is water hammer. If the sound is prolonged, for example, a shuddering noise that lasts longer than a few seconds, it may indicate your water pressure is too high, risking burst pipes and plumbing joint failure.

Use your senses to detect whether your sinks and drains need closer examination. Visible cracks in basins or sinks, bad smells and unusual gurgling all indicate problems. Check areas that might escape regular attention, such as pipes and hoses under the sink.

Address cracks as soon as possible before moisture compromises the fixtures. As damp leads to mould and may affect other parts of the bathroom. Smells are often from stagnation, which can indicate a blockage or a faulty seal.

Fix leaky taps as early as possible to prevent water waste and other problems in the future.

A flushing toilet what most people take for granted. Water slow to drain from the toilet bowl or water level is too high or low. These symptoms generally indicate a local blockage. By using a flange plunger, you can try to clear the blockage yourself. If your toilet is slow to empty and you’re experiencing issues with slow emptying sinks as well. You need to call in the professionals to address the blockage – don’t delay as the consequences can be very unpleasant.

To check the cistern, make sure the water in the bowl is clear, then add six to eight drops of food colouring into the cistern. Wait at least half an hour without flushing and then check the bowl; if the water is stained, then there’s a leak.

Cistern leaks can stem from– one or both of the valves inside the cistern. If you can check that the valves are properly aligned or try swapping out the washer. If the valves are leaking, they need to be replaced.

Worn or missing seals and/or grout: Check silicone seals and grout are in good condition as these often-overlooked areas bear the first signs of water damage. It is easy enough to re-seal or re-grout if required. Mould will start to grow in tatty silicon seals so cut them out and replace.

Misshapen cabinetry often indicates water damage, so check for leaks or water stagnating where it shouldn’t be. Once you’ve fixed the plumbing problem, you can repair minor damage or replace heavily damaged cabinetry.

If you’ve had problems with your dishwasher unrelated to its electronic operations, it is likely to be due to plumbing issues. A dishwasher that stops mid-cycle, leaks or has water pooling at the base may indicate a blockage that needs to be cleared. But if you have a serious blockage, these methods may not work.

Check for splits in hoses (replace if you find cracks) and if there are any kinks; straighten them out as they put pressure on one spot and can cause the hose to break. Replace them every year; the cost is negligible compared with the flood that can result from a burst hose.

Laundry floods, caused by a burst hose or valve, are a common plumbing-related insurance claim, so it’s a good idea to practise prevention by turning off the taps to the appliance when not in use to prevent the build-up of water pressure, which can lead to flooding. You can also install flood-stop valves in case your washing machine overflows.

As with the bathroom, make an effort to check under the sink and in corners that don’t receive regular attention and address excessively wet areas, bad odours, drain blockages and leaks the same way. The laundry also needs to be well ventilated to prevent mould; don’t forget to leave your washing machine open until the interior is dry too.

Here are some handy real estate statistics for savvy buyers and sellers.

Save Money On Your Already Booked Hotel Reservations