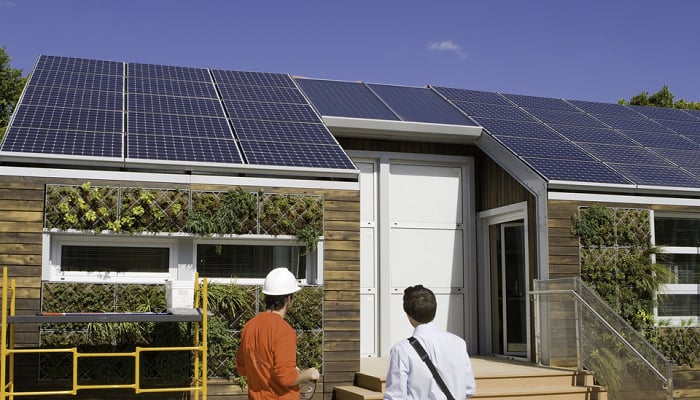 Thousands of people worldwide are trying to break away from their local utilities. They are pacing towards more sustainable energy sources i.e. household solar generators. Do you know, 1 in 5 Australian homes have installed an off-grid solar system. These numbers are increasing every minute as a sustainable option.

While it is possible to live off the grid with a portable solar generator. Many are hoping to use a portable solar generator to take advantage of more modern amenities. Those who want to live off the grid are well on their way to living a nearly carbon-neutral lifestyle. They can achieve this by just using the power that helps in generation and storage.

So, what should you know about off-grid solar systems before implementing one. Similarly, what are the pros and cons of owning such a system?

The declining solar and battery prices

The visible drop in equipment prices over the past ten years because people adapting the solar lifestyle in Australia. The costs of solar panels (and now batteries) have dropped considerably as more brands are making in the market. Factories have become efficient more than ever and demand for clean energy is rising. In reality, over the last 40 years, the cost of producing a solar panel has dropped by a staggering 300x.

If you're considering an off-grid solar system after reading this post. It's more affordable than ever to install a powerful off-grid power system. You can run entire home load on this system.

In Australia's transition to clean energy, residential solar power is playing an important role. Just 15 years ago, virtually all homes were entirely powered by mains. But many individuals are installing solar and batteries. As today in 2021 to decrease their reliance on the grid, or live without it altogether.

An off-grid solar system can run on clean energy throughout your home while also making better use of your power. Many grid-connected households are wasteful of electricity, but it is important to focus on a standalone system for more valued electricity, for efficient and effective use.

The flexibility to live nearly anywhere

Previously, the primary consideration was choosing a location with main power that will connect quickly and efficiently. But one can now build a home virtually on any location with an efficient price of the equipment to generate cleaner and greener energy on-site.

Your life became sustainable with self-powered home generation available. Your feelings are like having plenty of water available for growing crops for food.

With significant advances in the efficiency of heating and cooling systems, white goods, and lighting, anyone can now create a truly sustainable home combined with standalone power generation.

Power generation is restricted by the system size.

There are also negative aspects of this micro-grid system. For example, the amount of energy you generate is entirely limited by the size of your solar array. You'll never have enough energy to charge a battery If it's built too small. But if you build it too large, you're going to generate excessive power for the battery. Hence, the precious energy is going to be wasted. Although living off the grid can offer a variety of advantages, living connected to the grid provides a constant supply of power.

The generation of power is limited by the weather.

A solar-powered battery is often a mother nature's will. For instance, there wouldn't be enough sunlight to power your home or a battery during stormy or cloudy seasons. This leaves one to wait for the re-emergence of the sun for efficient battery charging purposes.

Upfront costs can be costly.

While for some, solar battery storage is an incredibly smart choice. However, others may have a hard time pulling the funds together to start a business. In this case, the 'business' is the homeowner who wants to export more power to the grid than their expectations.

In conclusion, the pros of utilising solar power is outweigh then its cons. If you are considering taking advantage of the home energy system then contact Enopte Solar Battery Systems today!