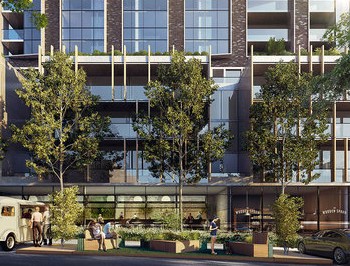 In a report by property consultancy JLL, 9,000 apartments were completed in inner-Melbourne this year. With 79 per cent of these completions occurring in the Melbourne City precinct.

During this year’s third quarter alone. The completion of three major towers added over 1,600 apartments to the CBD precinct. A further 9,100 apartments are under making in Melbourne city. Equating to 61 per cent of all inner-Melbourne apartments under construction.

The report indicates rents and apartment prices are still growing. And the market is showing remarkable resilience to all these headwinds at present.

Melbourne’s strong population growth is its biggest asset in soaking up any over-supply of space.

The JLL report showed that apartment sales volumes (new and existing). In inner-Melbourne continued to decline in the third quarter. Reflecting slowing investor demand. However, this reduced investor demand helped to self-regulate the supply pipeline. With many developers unable to obtain the continued high pre-sale requirements of banks to commence construction.

In the third quarter

In the third quarter. No projects have construction in the Melbourne City precinct. But several smaller-scale fringe projects were still able to commence.

Apartment rents across greater Melbourne also continued to grow. In the 12-months to the second quarter. Two-bedroom apartments experienced the strongest annual growth. That is of 5.0 per cent over the year to second quarter 2017. Above their five-year average of 2.6 per cent.

In Sydney, the inner-city apartment market also remained remarkably. And resilient in face of a large construction boom. With prices continuing to increase and a still tight rental market.

Despite development approvals falling almost 23 per cent. The Sydney supply boom is reaching a peak and as many as 3,200 apartments will complete in the final quarter of 2017. This will further test the market.

Approximately 4,500 new apartments were completed in inner-Sydney to date in 2017.

Despite lending restrictions and some downward price pressures, JLL’s report suggested there has been no evidence of an increase in settlement defaults.