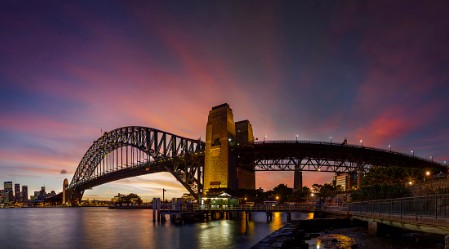 Lenders have tightened their servicing tests and reduced their appetite for riskier loans. Additionally, interest only borrowers and investors are facing premiums on their mortgage rates. Which are likely to act as a disincentive.

The peak rate of growth in dwelling values aligns closely with the peak growth rate for investment lending in late 2016. The housing market respond in a similar fashion through 2015. And the first half of 2016 as investors faced tighter credit conditions following the announcement from APRA that lenders couldn’t surpass a 10 per cent speed limit on investment lending.

Despite the recent downshift in values. Sydney dwelling values are up 74 per cent since the growth cycle commenced in early 2012.

Melbourne conditions remained resilient relative to Sydney. Dwelling values were 0.5 per cent higher over the month to be up 1.9 per cent over the rolling quarter. This growth is attributed to Victoria’s record breaking migration rate, which is creating unprecedented housing demand.

Hobart continued to be the strongest capital city, with dwelling values pushing 0.9 per cent higher in October, to be up 12.7 per cent over the past twelve months.

Perth dwelling values moved sideways over the month. However the annual rate of decline has slowed. From -4.9 per cent in August last year to -2.5 per cent over the twelve months ending October 2017.

While the pace of capital gains has slowed across most regions. Some momentum is gathering across rental markets. However, rental growth has not been high enough to reverse the downwards trend in yields. Considering national dwelling values were 6.6 per cent higher over the past twelve months and rents rose by 2.8 per cent. Yields have compressed further over the past year and generally remain at or close to record lows in most cities.

Gross rental yields across Melbourne remain the lowest of any capital city. With the typical dwelling attracting a gross yield of 2.89 per cent (record low) which is 20 basis points lower than a year ago. To provide some context about why rental yields have compressed so much. Over the growth cycle to date. Melbourne dwelling values are up 58 per cent while weekly rents have only increased by 15.5 per cent over the same time frame.

Financial markets have pushed expectations for a cash rate hike out to early 2019. Which implies that mortgage rates aren’t likely to rise materially over the foreseeable future.